:- Booker Prize-winning author Geetanjali Shree will express her views on women's writing in Indian languages at the event 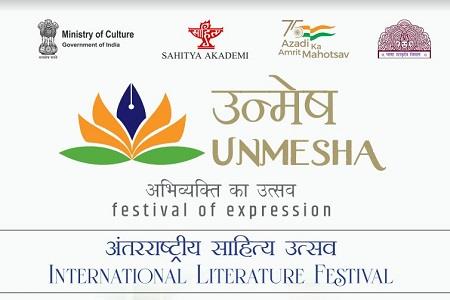 The festival was formally inaugurated by the Union minister of state for culture Arjun Ram Meghawal. Speaking on the occasion, Meghwal said ‘Unmesh’ is being held for the first time and similar functions would be held in different parts of the country. The festival is being organized by the Union ministry of culture and the Sahitya Akademi with the support of the Himachal Pradesh department of art and culture as part of the ‘Azadi Ka Amrit Mahotsav’.

‘Unmesh’ a celebration of expression, is the biggest international literary festival in the country so far, the organizers said. More than 1,000 books related to the freedom movement will be displayed during the three-day event. Booker Prize-winning author Geetanjali Shree will express her views on women's writing in Indian languages.