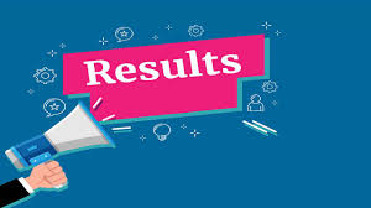 Hyderabad : Telangana SSC Public Examinations 2022 results were announced on Thursday by Education Minister P Sabitha Indra Reddy. Recording an overall pass percentage of 90 per cent, as many as 4,53,201 of the total 5,03,579 students who appeared for the exams as regular candidates have secured a pass. Once again, girl students outperformed boys securing 92.45 per cent pass as compared to boys who secured 87.61 per cent.
The SSC exams were held between May 23 and June 1, 2022, for the first time after 2019. Given the pandemic and the stress on students, only seventy per cent of the syllabus was considered for the exams and the number of papers were reduced from 11 to 6. The results are now available at  bse.telangana.gov.in or bseresults.telangana.gov.in, and could be downloaded in the next 15 days.

The Minister said students who failed to pass may apply for recounting and verification, whereas advanced supplementary exams would be held between August 1 and 10. She also appealed to the officials of the Education Department to conduct one or two special classes a week for students who wish to appear for the advanced supplementary exams in August. Students may pay the examination fee before July 18.

Those students who wish to have their declared marks recounted need to pay Rs 500 per subject within 15 days. They can apply directly to the office of the Director of Government Examinations, in-person or by post. The students who wish to have their answer sheets re-verified may submit applications along with the xerox copy of hall tickets duly signed by their headmasters concerned in the office of the respective district education office. The applications are available at bse.telangana.gov.in and at the office of DEOs by paying a challan of Rs 1,000, said A Krishna Rao, the Director of Government Examinations.
As many as 3007 schools of the total 11,402 schools in the state secured a 100 per cent pass. And 15 schools have secured a zero per cent pass. Siddipet district secured the highest pass percentage of 97.85 per cent, followed by Nirmal (97.73 per cent) and Sangaredddy (96.75 per cent).

The lowest pass percentage was secured once again by the Hyderabad district (with 79.63 per cent). As many as 15,068 of the total 73,957 candidates who appeared for the SSC exams in Hyderabad failed to secure pass marks. When asked about the same, the Minister assured to examine the reasons for Hyderabad’s repeated poor performance.
A subject-wise break-up of pass percentage shows a maximum number of students (99.83 per cent) have comfortably passed the second language. And most of them struggled in Mathematics, as only about 95.98 per cent have passed in the subject. A similar look at the performance of managements shows that while government residential schools and social welfare schools have topped with 99.32 per cent and 98.1 per cent of students securing pass marks, the worst performance is seen among government schools, with only 75.68 per cent securing a pass. In terms of the medium of education in which exams were taken by the students, those from the English medium have secured a pass percentage of 92.15 per cent. Students who appeared in Telugu and Urdu media have secured 83.99 per cent and 79.93 per cent, respectively.