:- Khelo Youth India Games 2021 scheduled to be held from June 4 to 13 :- The Games, to take place for the U-18 age category, will be held in Shahbad, Ambala, Chandigarh and Delhi apart from Panchkula :- Mascot and logo of Khelo India Youth Games to be launched on May 8 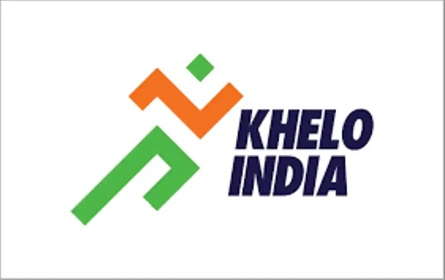 New Delhi: Union Minister for Youth Affairs and Sports Shri Anurag Thakur met virtually with Haryana Chief Minister Shri Manohar Lal at the Organizing and Coordinating Committee meeting of Khelo India Youth Games 2021, to review the preparedness of the State in organizing the upcoming games, scheduled from June 4 to 13, 2022. Shri Sardar Sandeep Singh, Sports and Youth Affairs Minister, Govt of Haryana, was also present along with other officials from the State and the Sports Authority of India in the meeting.

The Games, to take place for the U-18 age category, will be held in Shahbad, Ambala, Chandigarh and Delhi apart from Panchkula. Around 8500 players will participate in these games. It will feature a total of 25 sports, including 5 indigenous games of India. Laying out a detailed information plan to the Union Sports Minister, Shri Manohar Lal mentioned that preparations are up and running for the smooth conduct of the Games.

The Chief Minister said that on May 8, a mascot and logo of Khelo India Youth Games would be launched at Indradhanush Auditorium in Panchkula. For this, extensive preparations have been completed. He said that 2-3 multipurpose halls, synthetic track, athletic track have been constructed for sports. Apart from this, the work of auditorium in Badminton Hall, Government Women's College, Sector 14, Panchkula has also been completed. He said that the construction work of Hockey Stadium Panchkula and Shahbad has also been almost completed. Shri Manohar Lal also mentioned that the all-weather swimming pool has been completed in Ambala.

The Chief Minister said that cultural programs full of Haryanvi culture would be organized in these games and during Azadi Ka Amrit Mahotsav, the story of innumerable heroes of freedom struggle and introduction of excellent players of the state would be shown in the exhibition so that the young generation could take inspiration from them. He said that a promotion event program would be organized in Gurugram on May 13 for the games.

Union Sports Minister Shri Anurag Thakur said that a commendable work has been done in Haryana to save the girl child. Apart from this, the women players of the state have also hoisted the flag in every game organized abroad. He said that in order to increase the interest of the students towards more sports, focus should be given on the theme dedicated to sports. Work should be done with new ideas in Khelo India Youth Games so that there is more discussion about Haryana across the country. He said that in these games to be held in June, the rules of Covid-19 should be fully followed and full arrangements should be made for testing etc. for the players.