Prof. Venu Gopal Achanta Elected as a Member of International Committee for Weight and Measures (CIPM)

Prof. Gopal was declared an elected Member of CIPM in the recently held 27th General Conference on Weights and Measures (CGPM) meeting during Nov. 15-18, 2022 at Paris, France. 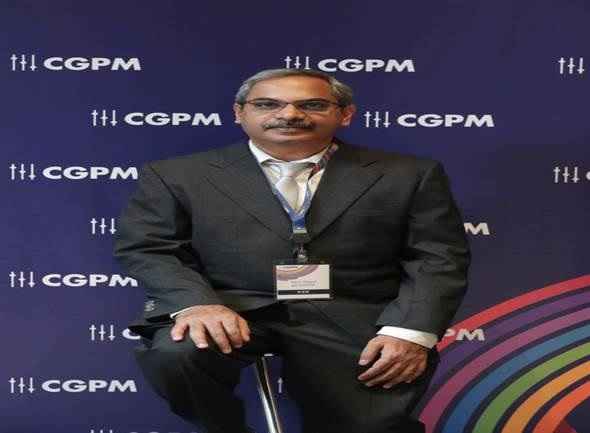 In a historic election, Prof. Venu Gopal Achanta, Director, CSIR-National Physical Laboratory (CSIR-NPL), New Delhi, has been elected as a member of the prestigious International Committee for Weights and Measures (CIPM). Prof. Gopal was declared an elected Member of CIPM in the recently held 27th General Conference on Weights and Measures (CGPM) meeting during Nov. 15-18, 2022 at Paris, France. The election of Prof. Gopal is not only significant for CSIR-NPL and advancement of metrology in the country, wherein metrology is the backbone of industries and national missions of Govt. of India i.e. ‘Atmanirbhar Bharat’, ‘Clean and green India”, “Swasth Bharat, Sashakt Bharat”, etc., but is also pride of nation as it would enhance India’s global visibility and participation in global decision making. Prof. Achanta is among 18 elected members from different countries and 7th personality in Indian history elected to CIPM after a few decades.

The CIPM is a supreme international committee which functions under the authority of General Conference on Weights and Measures (CGPM), a highest intergovernmental international organisation created as diplomatic treaty called Meter Convention signed on 20th May 1875 in Paris. It is responsible for development and implementation of International Systems of Unites, universally abbreviated as SI, its wide dissemination; make necessary modifications time to time for the advancement of science and technology. Advancement of Industry in the country is directly dependent on the state of its metrology capabilities.

At present, CGPM is represented by 64 member countries and meets every 4th year at International Bureau of Weight and Measure (BIPM), France. The CIPM advises and recommends the amendments, changes, alterations to the SI to the CGPM for formal adoption. It can also pass resolutions and recommendations about the basic units of measurements, if needed, at its own authority. The primary objective of the CIPM, comprised of 18 members from 18 member states (nations), is to promote international harmonization of SI, meets annually, deliberate reports sent by its 18 Consultative Committees (CCs), among other matters brought to its notice as per mandate. Each member of the CIPM takes the responsibility of Chairmanship of one CC.

The CSIR-NPL, the National Metrology Institute (NMI) of India was established by Council of Scientific and Industrial Research (CSIR), New Delhi on January 4, 1947. The Government of India enacted the “Standards of Weights and Measures Act” for the first time in 1956 to ensure that every citizen has access to uniform standards of weights and measures those are traceable to the SI units. During the year 1957, India became member of the CGPM.

After taking over the charge of the Directorship of CSIR-NPL, New Delhi during June, 2022, Prof. Venu Gopal Achanta is continuously working hard towards taking the metrology movement forward not only at national level but internationally too. Dr. K.S. Krishnan, the founder Director of CSIR-NPL was the first member elected to CIPM. The last elected CIPM member of India was Prof. E. S. R. Gopal, the then Director, CSIR-NPL (1991-1997), decades ago.
This year CGPM has adopted 7 important resolutions including new SI prefixes ronna (10²⁷), quetta (10³⁰), ronto (10-²⁷) and quecto (10-³⁰). With this nomenclature, mass of the electron (1 quectogram) and weight of earth (1 ronnagram) can be expressed easily in SI units. The CGPM also plans to resolve the issue of leap second.
The details of all the important decisions taken during this CGPM are available at BIPM website-