:- NTA will be conducting multiple entrances starting April 2022 :- The schedule would include two JEE (main) for admissions to engineering and architecture programmes, NEET-UG for medical and allied courses, and a common entrance test for admission to central universities 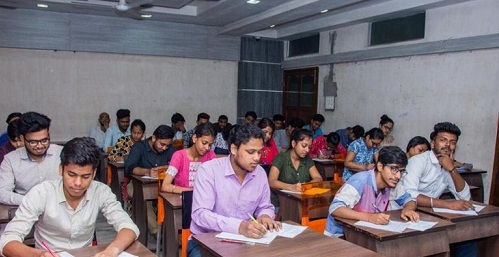 New Delhi: The National Testing Agency is likely to announce the schedule for entrance exams, including JEE (main), NEET-UG and CUCET next week, according to officials.

A senior official familiar with the development said,“The Medical Advisory Council of the National Medical Commission had a meeting with National Testing Agency (NTA) last week. The schedule for the three entrance exams is likely to be announced sometime next week.”

NTA will be conducting multiple entrances starting April 2022, which include two JEE (main) for admissions to engineering and architecture programmes, NEET-UG for medical and allied courses, and a common entrance test for admission to central universities.

Last year, NEET-UG exam was held on September 12, with over 95 per cent of the registered candidates appearing for the medical entrance exam. Over 15.44 lakh candidates had appeared for the exam which was conducted at 3,858 centres in 13 languages in 2021. Over 8.70 lakh candidates had qualified the exam.

Last year, Joint Entrance Exam (JEE)-Main was conducted four times a year to offer flexibility to students and a chance to improve their scores. The first phase was held in February and the second in March. The next phases were scheduled for April and May, but those were postponed in view of the second wave of Covid-19 pandemic. The remaining two phases were conducted in August and September last. However, this year, the JEE-Main exam is likely to be conducted twice, with the merit list to be decided based on best of the two scores.