Kerala Government To Impart Soccer Training To One Lakh Students 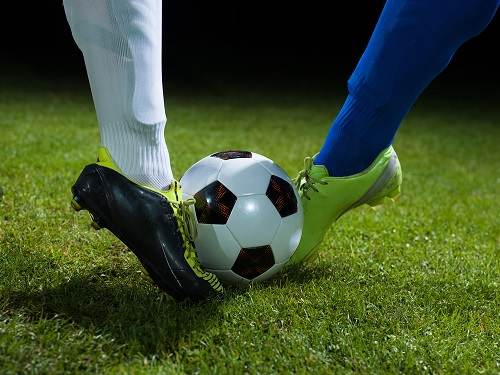 Thiruvananthapuram: As the much-awaited soccer World Cup is just weeks away, the Kerala government is planning to give basic football training to one lakh students across the state. The special programme, named "One Million Goal", would be jointly conducted by the State Directorate of Sports and Youth Affairs and the Sports Council, official sources here said. Students, aged between 10-12 years, will be given ten days of football training as part of the scheme professional training will be continued for those who excelled in basic training, they added.

Sports Minister V Abdurahiman announced the 10-day-long training programme at a press conference here on Wednesday. As many as 100 children would be given basic soccer training at 1,000 centres for 10 days from November 11, the minister said. Former Santosh Trophy players, who were selected as "One Million Goal" ambassadors, will lead the training programme in each district.

The anti-drug campaign "SAY NO TO DRUGS" launched by the state government with the aim of raising a healthy generation will be given maximum publicity along with the One Million Goal programme. The programme is being organised in association with local bodies, educational institutions and sports organisations, a statement, quoting the minister, added.