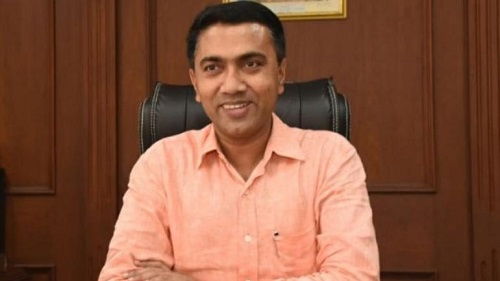 Panaji: Expressing concern over the findings of the National Achievement Survey (NAS) which stated that Goa has fallen below the national average in certain areas of education, chief minister Pramod Sawant on Tuesday met with officials and said that "focused" efforts will be made to improve the learning outcomes of mathematics in students.

The National Achievement Survey (NAS) is a representative large-scale survey of students' learning undertaken by the Union Ministry of Education. The NAS gives a system-level reflection on the effectiveness of school education. Its findings help compare the performance across the spectrum and across the population to find the desired direction for improvements.

“Chaired a meeting with the Department of Education. We are concerned over the data of the National Achievement Survey Report as Goa falls below the national average in certain areas. Focused efforts will be made to improve the learning outcomes in Mathematics of students in Goa," Sawant tweeted. He also said the state government was considering the implementation of CCS rules for employees at aided schools.

Talking to reporters after the meeting, Sawant said the government-run schools should not be only blamed for the poor performance as they cater to only 20 per cent of the student population in the state. The chief minister said the state government is seriously concerned about the NAS report 2021. He said 80 percent of students study in aided schools in Goa and the government provides them grant-in-aid for support. Sawant also said that teachers should be in teaching “full time” without having any side business that causes distraction.

The chief minister, who also holds the Education portfolio, said the number of schools run by the state government has come down considerably due to the increase in the number of government-aided schools. Sawant said aides schools must improve performance as it is the government that pays for salaries and provides other grant-in-aid support.