:- The poster announcing the crash course was circulated widely on social media with teachers slamming the move, saying the predictions about CUET promoting coaching culture are coming true :- This comes despite University Grants Commission Chairman M Jagadesh Kumar asserting several times that the CUET will not give a push to "coaching culture" 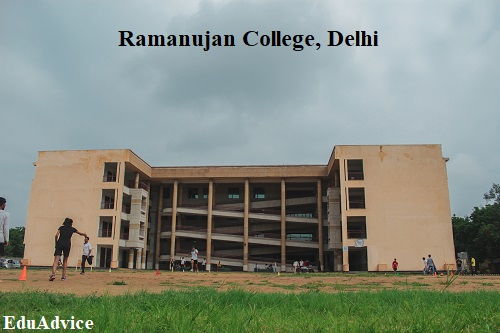 New Delhi: Delhi University's Ramanujan College has announced that it will be offering a crash course for Common University Entrance Test (CUET) aspirants, even as DU officials said the notification was withdrawn on Friday following a furor over the move.

The poster announcing the crash course was circulated widely on social media with teachers slamming the move, saying the predictions about CUET promoting coaching culture are coming true.

According to the poster, the crash course is being offered by the college in association with Indian Accounting Association NCR Chapter and a firm Taxmann serving as the knowledge partner. DU's Academic Council member and a faculty of the college, Dr Alok Pandey, said the notification has been withdrawn from the website.

The registration for the course began on May 10. The poster shows a 'non-refundable' participation fee of Rs 12,000 inclusive of the cost of study material. The poster for the coaching mentions College Principal SP Aggarwal as a member of the Advisory Council. Calls and texts to the principal did not elicit any response.

Meanwhile, Delhi University's Dean of Colleges Professor Balaram Pani said the university wasn't informed that such courses are being provided by the colleges. "We weren't aware of it earlier. As soon as we got the information, we asked the college to withdraw the notification. We have asked them to either give free coaching or charge a nominal fee in the range of Rs 100 to Rs 500. No fee should be charged from SC, ST and OBC students," Pani said.

Delhi University Vice-Chancellor Yogesh Singh said he too was not aware but added that a college cannot do this. This comes despite University Grants Commission Chairman M Jagadesh Kumar asserting several times that the CUET will not give a push to "coaching culture".

Dr Alok Pandey, said, "The notification has been withdrawn. We have demanded that facility be provided free-of-cost to students since there are many who come from villages and far flung areas and won't be able to afford the fees." A faculty member of the college said that the company Taxmann is the knowledge partner and they are also in talks with other colleges.

The notification has drawn a sharp reaction from a section of teachers with Miranda House Professor Abha Dev Habib terming it a "conflict of interest". "Whatever earlier was being said about CUET, it is coming true. They are promoting a coaching culture. How can a government-funded institution provide coaching to students? DU colleges arent meant to give coaching. It is completely a conflict of interest," Habib said.

Former Executive Council member Rajesh Jha, who is also a faculty member at Rajdhani College of the University, said that DU's "founding fathers would be turning in their graves today". "It's a university-maintained college. This is not as per the rules and regulations of the university. No one can run a course without a statutory approval. DU is known across the world for its academic research," he said.

"The founding fathers of the university must be turning in their graves thinking what is happening. Ramanujan is being misused as the laboratory of testing by UGC and Education Ministry for testing how a college can generate its own resources. In the background of fund cuts and HEFA loans, the colleges are being forced to generate their own resources. We strongly demand that this poster should be withdrawn," Jha added.

DU announced that the admissions to undergraduate courses will be held through the CUET that has been made mandatory for getting into 45 central universities in the country. Till last year, admission to the Delhi University was on the basis of cut-off marks in Class 12 board exams.