:- The collectors of these districts have been asked to ensure admission to the full extent and regular attendance of children in primary classes 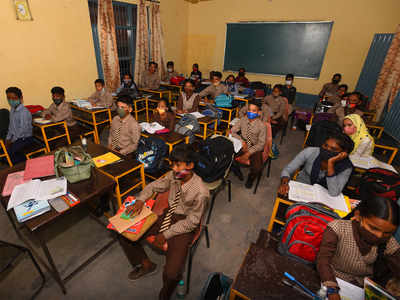 Raipur: Spurred by the demands of local people, the Chhattisgarh government has decided to reopen as many as 260 government-run schools, located in four districts of the Naxal-hit Bastar region, which were shut 15 years ago due to various reasons including Maoist violence, officials said on Monday.

Chief Minister Bhupesh Baghel will formally announce the reopening of these schools on June 16 when the state government starts observing 'Shala Pravesh Utsav' (school admission fest), they said. A total of 400 government schools continue to remain shut in the insurgency-hit areas of the Bastar region due to various reasons, including Maoist violence, for nearly 15 years, according to an official.

Acting on the demands of local communities, the state government has decided to reopen 260 of these 400 schools in Sukma, Narayanpur, Dantewada and Bijapur districts, he said. Naxals have been pushed to the back foot due to the state government's focus on developmental activities in the strife-torn areas in the last couple of years, a development which helped restart the closed schools, he said, adding the move will benefit local children, mostly tribal.

The collectors of these districts have been asked to ensure admission to the full extent and regular attendance of children in primary and pre-primary classes. The officials have also been directed to ensure the appointment of teachers when these schools reopen, the officials added.

Several schools in interior areas of the Bastar division were also shut in fear when the erstwhile anti-Naxal movement, Salwa Judum, was kicked off in 2005-06, he said. Salwa Judum, an anti-Maoist civil militia, was disbanded in 2011 in Chhattisgarh following a Supreme Court order. After the Congress was elected to power in the 2018 assembly elections, the Chhattisgarh government reopened some closed schools in south Bastar after renovating the dilapidated school buildings and constructing new ones, he said. Residents of this area, particularly students, are very happy with the move and these schools are also witnessing the admission of students, he added.