:- District-wise toppers in both the Class 10, 12 board exams will also be rewarded with a chopper ride by the state government, Bhupesh Baghel said 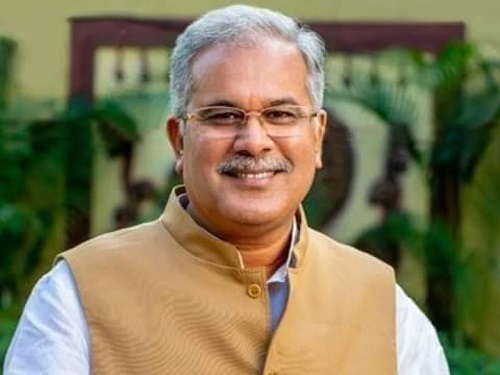 Raipur: Chhattisgarh Chief Minister Bhupesh Baghel on Thursday said the top 10 meritorious students in the Class 10 and Class 12 board examinations will be rewarded with a helicopter ride. The chief minister made the announcement while addressing a press conference during his constituency-wise public interaction drive at Rajpur in Balrampur district, around 420 km from the state capital Raipur.

District-wise toppers in both the board examinations will also be rewarded with a chopper ride by the state government, Baghel said. Helicopter rides will be provided in order to motivate and encourage children. The state and district-level toppers will get inspiration from the chief minister's toppers chopper ride, he said.

"Air travel is something everyone desires. I believe that a helicopter ride will inculcate in the minds of children a desire to fly high in the skies of life and they will sharpen their skills even more to achieve their goal," the chief minister said.

Baghel further said that during his visit to three Atmanand English Medium Schools in Samri Assembly constituency on Wednesday, he realized that students had a lot of talent, but they needed motivation. "I have full faith that if our students get some unique motivation and if a unique reward is set for them, then their desire to succeed will also increase," he said.

The chief minister spoke about children’s excitement and curiosity on seeing him arrive in a helicopter, and said chopper rides will be provided to top 10 meritorious students in Class 10 and 12 board exams in the state and district levels by inviting them to Raipur.

Baghel kicked off his constituency-wise public interaction drive from the state's tribal-dominated Balrampur district on Wednesday. The chief minister will cover all 90 Assembly constituencies in the state as a part of the campaign and make surprise visits to at least three villages in each segment.