AP Govt.decided to raise funds from donors to ramp up infrastructure in schools 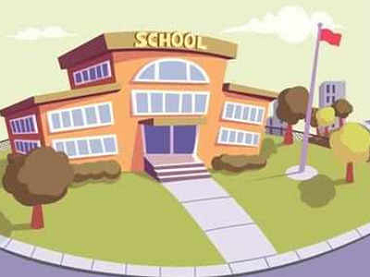 Amravati: The Andhra Pradesh government has decided to raise funds from donors, both national and international, as it urgently requires over Rs 6,300 crore to ramp up infrastructure in schools for implementing the National Education Policy-2020. Also, with its plan to get all the 44,500-plus government schools in the state affiliated to the Central Board of Secondary Education, requisite physical infrastructure needs to be built.
There are 44,519 state-run schools in AP with 66,846 rooms at present. As per the infrastructure standards for foundation and foundation-plus schools and high schools, and also the norms of the CBSE, the total requirement of rooms in these schools is 1,15,472.

“We need to build 48,626 additional rooms in these schools. An estimated Rs 6,321.38 crore is required for that. Hence, we have decided to seek donations from different quarters,” a top official told PTI. A Government Order on the modalities of donation would be issued soon, he said.

The government also requires a School Maintenance Fund of Rs 450 crore per annum but the amount is being deducted from the beneficiaries of Ammavodi freebie scheme at the rate of Rs 1,000 each.

Under Ammavodi, the government has been paying Rs 15,000 each annually to about 44.5 lakh mothers for sending their kids to school. Since last year, the government has been crediting only Rs 14,000 each into the mothers’ accounts while retaining the balance for school maintenance. While that takes care of the maintenance part, no money is available with the state government for new infrastructure development as banks are also disinclined to advance any more loan, officials point out. Hence, the donation scheme, they said.

“Donors can give for one school or a group of schools or even components. The expenditure will be displayed in public domain and the donor will receive a certificate,” a top official involved with the programme said.

The government is seeking to tap foreign donors, particularly multinational corporations and trusts run by businessmen-philanthropists, who have been funding other programmes in the country. “We will receive foreign contributions through a separate account under the Connect AP initiative. The money accrued will be transferred to the respective parents’ committees of the schools and there will be a state-level management committee to oversee the programme,” the official said.

The government plans to launch the infrastructure building programme this year so as to complete it by the year 2024, he added.