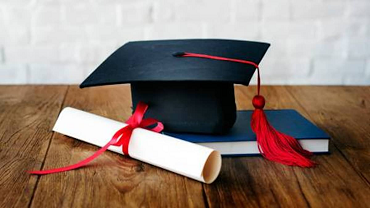 It would hardly surprise anyone there are more international students who study in the United States than in any other country around the world. The number of Indian students in the United States has doubled since 2012-13, the 2018 Open Doors Report on International Educational Exchange shows. As of 2017-18, there were 1,96,271 Indian students in the US, up 5.4 per cent from last year, and more than twice the 96,734 in 2012-13.
Top universities in the USA
US universities dominate the QS World University Rankings, with 157 institutions ranked in total (QS Rankings, 2019), including 11 in the top 20. The top 4 universities in the world, in fact, are in the US.

Here are the top universities in the USA:

One of the world’s most reputed institutions in the sphere of science, engineering, and technology, is the Massachusetts Institute of Technology, or MIT. For the seventh-year in a row, the institution has stood at the top of QS World Rankings for Universities.
Based in Cambridge, Massachusetts, the University has over 11000 undergraduate and postgraduate students, including an impressive ration of international student, studying at its sprawling campus comprising five schools (architecture and planning; engineering; humanities, arts, and social sciences; management; science).

Stanford University
Based in the start-up hub of the world – Silicon Valley in California – it is no surprise that alumni from the Stanford University have gone on to be founders of some of the world’s biggest companies like Netflix, YouTube, WhatsApp and Google. Stanford is renowned for its entrepreneurial spirit and business courses and has been nicknamed the “billionaire factory” for its credentials. It has been rated as the second-best university in the United States, as well as the world.

California Institute of Technology, or CalTech, is a leading tech school, located in the city of Pasadena, California. The university offers excellent research facilities and produces very high research output each year. Devoted entirely to the technical arts and applied sciences, the University has a very competitive admission process, ensuring that only the brightest candidates get to study here.

Established in 1890, the University of Chicago is well-known for its strong focus on research, and its reputed professional schools for medicine (Pritzker), business (Booth), and public policy studies (Harris). It is one of the most reputed universities in the USA, outside the Ivy league schools.
Princeton University

Founded in 1746, Princeton is one of the oldest universities in the US. It is well-renowned for its arts and humanities faculties. Spread across 500 acres, Princeton’s main campus in New Jersey is home to over 10000 students, with over 12 per cent international students, and is considered one of the most beautiful college campuses in the United States.

Based in Ithaca, New York, Cornell University is a co-educational, non-sectarian institution where admission is not restricted by religion or race – one of the principles it has stood by since being set up in 1865. It has an excellent program in veterinary medicine, ranked the second-best in the world, and was, in fact, the first university in the US to award a veterinary medicine degree.

An Ivy League University, situated in New Haven, Connecticut, Yale University was founded in 1701. It is a private research university and awarded the first PhD in the US in 1861. It is also renowned for its prestigious law school, one of the toughest law courses to get admission to.

Columbia was established in 1754 and has produced many notable alumni, including the former American President, Barrack Obama. A private Ivy League research university, Columbia is situated in Upper Manhattan, New York City, and has one of the lowest acceptance rates in the world for its undergraduate programs.

One of the top 20 universities in the world, the University of Pennsylvania also belongs to the Ivy League. The university was founded by one of the founding fathers of the USA, Benjamin Franklin. The school is known for its focus on diversity, as can be seen in its student population, 46 per cent of which is Black, Hispanic, Asian, or Native American, and an unprecedented 54 per cent of which are women.

The curriculum in the United States universities is divided into semesters. The varsities here have 4 periods of admission when students can join the university. These are spring (January/February), fall (August/September), summer (April/May), and winter (December). Most universities have their intake in the Fall Semester, while many are also open for spring. A few universities take in students during winter and summer sessions too.

Considering the stringent eligibility criteria, the tomes of documentation and applications to be filed, competitive exams to be taken, and the time required to gather your finances, it is usually advisable to start the application process at least a year in advance.

As a feature of it being the most popular destination for studies, the US is also the most expensive in terms of education, especially for international students. Here’s what you can expect to spend on your studies in the USA:

Tuition is usually quite steep for the top universities and courses and can go upwards of $50,000 for a year. There is a lot of variation, obviously, depending upon the university, state, city, and course. Be prepared to shell out an average tuition of $30000 per year though. The good news? Many universities offer bursaries or financial aid depending on the need of international students, reducing the tuition as per the financial capabilities of the students.

Expenses can vary depending on your city and location. In general, states in the US Midwest region are less expensive to live in than those in the East and North East. Off-campus accommodation can range from $500 a month for an apartment in a rural area, to up to $3,000 a month for an apartment in the cities. On-campus accommodation is typically in dormitories with shared bathrooms and sleeping arrangements. On average, university accommodation can cost you around $10,000 for a year.

Apart from accommodation, also be prepared to foot the bill for utilities (if you’re living off-campus). Electricity can be about $50-100 per month, while depending on the area you are staying in, you may also require central heating ($100-200 per month). The cost of groceries can vary depending on your diet but generally stand at around $20-60 per week. A meal at a restaurant can be from $10 (at a McDonald’s) up to $50. Do not forget to tip, either, if you eat at a restaurant. You would also be expected to spend up to $1500 per year on college supplies and textbooks.

With such high costs for studying in USA, it is extremely important for students to receive funding from other sources such as scholarships. Thankfully, the admission department at the university you get into can help with scholarships available at the university, including need-based financial aid. There are many other scholarship opportunities that Indian students can apply for.

Particulars: For highly motivated graduates and post-graduates from India who wish to pursue their post-graduate studies in the United States must demonstrate leadership skills and a track record of community service, along with a good command over the English language.

Particulars: Especially for Indian citizens seeking to study abroad in the US or Europe, must have secured an admission at a US university and be less than 30 years of age at the time of applying.

Award: Full US Scholarship and covers the entire tuition fees, travelling and living expenses (up to $100000)

Particulars: Especially for Indian students looking to pursue a postgraduate degree from a reputable and prestigious institution in India or abroad, must be below 30 years of age, be pursuing their postgraduate studies in the fields of Pure Sciences, Applied Sciences, Social Sciences and Humanities, Law, Architecture or Management.

Particulars: To students in India who wish to pursue their post-graduation overseas in any field.

Eligibility: Graduates with admission in a US University

Award: Interest free loans of up to Rs 8 lakh to the top 3 selected scholars, and up to Rs 4 lakh for the remaining scholars

Particulars: Indian students who are below the age of 45, willing to pursue full-time Postgraduate/Ph.D./Postdoctoral studies abroad in any field.

Award: Loan of Rs 10 lakh at a nominal interest rate of 2 per cent, which can also be waived off if the student repays the loan timely.