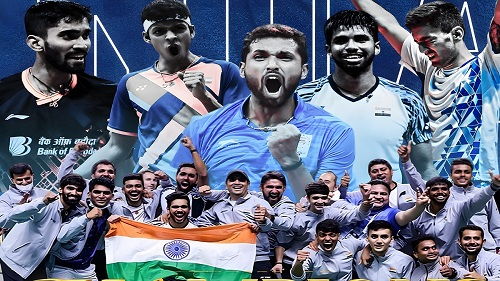 India had never reached the final of Thomas Cup and Uber Cup in the tournament’s 73-year long history. But Indian men did not only reached finals but became the sixth nation after China, Indonesia, Japan, Denmark, and Malaysia to win the title.

Sounds of Dhol and chants of “Bharat Mat ki Jai” were heard in the Impact Arena as the young shuttlers won the day. The celebrations after the victory was enough to understand how much it meant to be the Indian badminton contingent as the flaunted team spirit that has been dominating the news this week.