IMPACT OF GLOBALISATION ON EDUCATION

:- Since globalization has changed the world, education is a small yet important part of the huge nexus has also gone through some changes 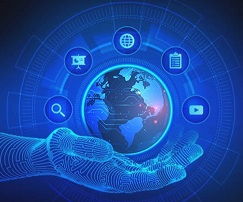 Globalization is not a new concept. Many scholars believe that it started in the 14th century. However, globalization made its way to India in the year 1991. India’s economy has grown significantly since it integrated into the global economy.

Globalization has impacted a lot the way we see our world today. We have started interacting and integrating people, companies and governments worldwide. Since globalization has changed the world, education is a small yet important part of the huge nexus that has also gone through some changes. Whether it is positive or negative is for you to decide.

Due to globalization, the quality of education has improved. Various countries got the opportunity to witness the best education systems worldwide. The concept of globalization has embedded the practical aspect of understanding other cultures and empathy among students.

Globalization encourages experimentation and exploration to push the boundaries of information technologies and communication. It improves the student’s ability to acquire and utilize knowledge. Plus, the introduction of globalization in education has made students great team players who can work closely in teams, thereby making them ready for the future.

Globalization has also enhanced the ability to manipulate symbols. Given today’s economy, in a highly productive employment scenario, this will assist students to constantly manipulate symbols such as legal, political, business terms and digital money.

However, there are two sides to a coin and the other side is not always merry as the other.

On the flip side, globalization is beneficial for the rich and people of urban areas. Not everyone has access to quality education. We can say that there is a huge gap between urban-rural areas and rich-poor in the accessibility of educational opportunities.

In the end, I would just like to say that although globalization has helped many countries in improving their education system. However, not everyone is able to benefit from the impact of globalization on education.