The 11th India Finance Conference held during 19-21 December, 2022 in the campus of IIM Calcutta 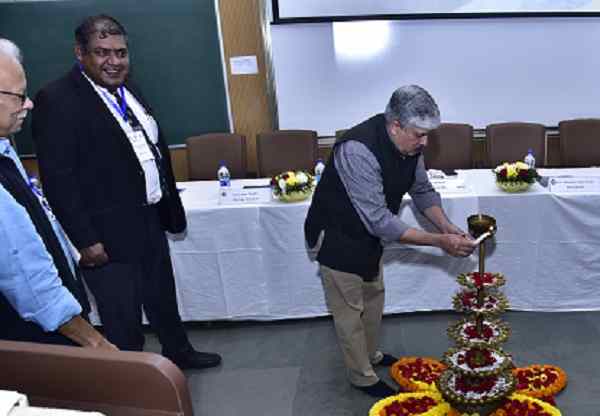 Kolkata, December 23, 2022:The 11th India Finance Conference held during 19-21 December, 2022 in the campus of IIM Calcutta, is a joint initiative of IIM Calcutta, IIM Bangalore and IIM Ahmedabad. This two-and-a-half-day conference preceded by a pre-conference tutorial on 18 December, 2022 was inaugurated by the Chief Guest, Shri Shrikrishna Kulkarni - the Chairperson, BoG IIM Calcutta. The Guest of Honor, Shri Dinesh Kumar Khara (The Chairman, State Bank of India), delivered the opening speech for the event highlighting the growth and challenges of the banking sector. Prof. Manish Thakur, The Director (acting) and Dean NIER, IIM Calcutta welcomed the audience for the event and introduced the Chief Guest. The Chief Guest, in his speech, sensitized the audience about the need of financial inclusion. The inauguration ceremony was concluded with a word of thanks by the Secretary IFA, Prof. Sankarshan Basu and the President IFA, Prof. Ashok Banerjee.

Spanning over two and a half days of activities, the conference covered as many as four plenary sessions and thirty-six technical sessions. In pre-lunch keynote sessions and pre and post-lunch parallel tracks scheduled for each day, a plethora of issues pertaining to multiple aspects of Finance were meticulously deliberated, discussed and debated by the speakers as well as the audience.

The conference witnessed a participation of nearly 150 delegates representing various academic institutions, non-governmental organizations, banks and other financial services. Several overseas participants from the United States, the United Kingdom, and Australiahave participated and presented papers in the technical sessions. We had received excellent feedback and appreciation on the keynote sessions, and speakers. The award giving ceremony resulted ina cheerful and enjoyable evening as a total of eight cash awards were announcedfor top papers presented in the conference.