Through the University Connect programme, students from universities across India are engaged in order to create awareness for the G20 summit, its presidency and how India can emerge as a role model for the globe. 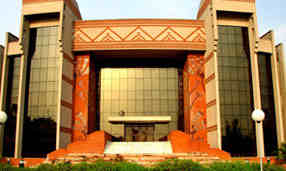 Kolkata, January 24, 2023: The Group of Twenty (G20) is the premier forum for international economic cooperation. It plays an important role in shaping and strengthening global architecture and governance on all major international economic issues. India holds the Presidency of the G20 from 1 December 2022 to 30 November 2023. Through the University Connect programme, students from universities across India are engaged in order to create awareness for the G20 summit, its presidency and how India can emerge as a role model for the globe. Holding the meeting at 56 different locations in the country will ensure that the pan-India nature of the event is truly showcased. The G20 ‘University Connect’ was recently inaugurated by the External Affairs Minister, Dr S Jaishankar during a curtain raiser event at the Sushma Swaraj Bhawan on 1st December, 2022 with Vice Chancellors from 75 universities joining in virtually and physically to bring the lessons back to their respective institutions.

Being the premier Management Institute in India, IIM Calcutta has been roped in towards meeting the agenda and in collaboration with the Research and Information System for Developing Countries and Ministry of External Affairs, holds the first lecture of the series, G 20 India Presidency on January 30 at IIM Calcutta Auditorium from 4:15 PM onwards in presence of the Director, Professor Uttam Kumar Sarkar.

Welcoming this initiative, Professor Manish K Thakur, Dean (New Initiatives & External Relations) says, "IIM Calcutta is proud to be associated with this historic event and looks forward to its success”.

The University connect series will be executed in the form of Lectures, Mock G20 and other interactive activities enabling students to engage and be involved in the G20 process on the sidelines. The Project is leveraging the capabilities of the partner institutions with Research support from RIS offering its prodigious Intellectual resources and network of experts including former diplomats, academics, and subject experts to maintain the academic nature of the deliberations.

G20 is a unique grouping accounting for 85 percent of the global GDP, 75 percent of global trade, and 65 percent of the world’s population. As the leader of the Global South; India with its indispensable role in multilateral forums like the G20 is championing the cause of being the articulate voice of the unheard nations.