Assam Government Not To Promote Class 5, 8 Students If They Fail Annual Exams

The Assam Cabinet has approved the decision to hold regular examinations in Class V and Class VIII at the end of every academic year and to hold back a student if he/she fails in the exam," Education Minister Ranoj Pegu said in a tweet. 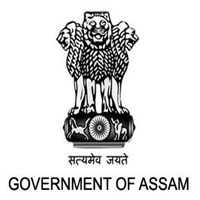 According to the minister, "Unsuccessful students will be given the opportunity to sit for re-examination within a period of two months. From now onwards, schools are allowed to hold back a student if he or she fails in the re-examination."

Meanwhile, the Delhi government has also made students of Classes 5 and 8 mandatory to clear the annual examinations. Deputy Chief Minister Manish Sisodia said the 'no detention policy' was very progressive but the education system could not take its full advantage due to lack of preparation.

The Delhi government aims to bring the "same degree of seriousness" in elementary grades as in Classes 10 and 12.