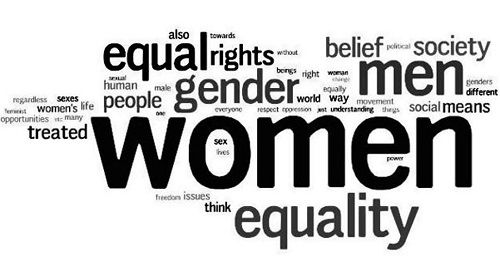 For the overall growth of any country, the F-word that is, FEMINISM is vital.  With the participation of men and women together, any issue can be solved. Education

Education is one of the powerful tools to Empower women. With knowledge, skill and self-confidence they can participate in the development process. 40 years ago, the universal declaration of human right asserted that “everyone has the right to education”, but despite notable efforts by countries across the globe we have only expanded access to basic education. According to statistics, there are approximately 960 million illiterate adults in the world, of whom two-thirds are women.

More than one-third of the world’s population belongs to women. But, they have no access to printed knowledge or to new skills or to technologies that would improve the quality of their lives and help them shape and adapt to social and economic change.

Savitribai Phule: A trailblazer in imparting education to girls. She became the first Female Teacher in India in 1848 and had opened a school for girls with her husband, Jyotiba Phule. She went on to establish a shelter in 1864 for destitute women and played a crucial role in grooming Jyotiba Phule’s pioneering institution, Satyashodhak Samaj, that fought for equality of all classes. Her life is heralded as a beacon of women’s rights in India. And she is often referred to as the Mother of Indian Feminism’.

Vijaya Lakshmi Pandit: Known for being the First Women President of the United Nations General Assembly. She was the younger sister of Prime Minister Jawaharlal Nehru. She scaled great height and left behind a legacy of her own. She took part in the country’s freedom struggle, served as a diplomat.

Sarojini Naidu: A political activist, feminist, and a poet. She was the first Indian women to be the president of the Indian National Congress. Her work as a poetess earned her the sobriquet ‘The Nightingale of India’. She was also the first woman Governor of an India state.

Gender Equality between Men and Women:

A “gender equal society” is a society wherein both men and women, are equal members, have the opportunity to participate in all kinds of social activities at will, would equally enjoy political, economic and cultural benefit, and share responsibilities.

In such society, the Human Right of men and women are equal.

Today, an Indian woman is a pilot, doctor, engineer, millionaire, entrepreneur, and everything she wants to be. However, as they were treated differently for so many years and were subject to inequality since ancient India. Even, after so many years, there still exists gaps in the context of women’s empowerment. In many parts of the country, women are still subject to atrocities of the society. Hence, there are some serious concerns that need to be resolved in time.