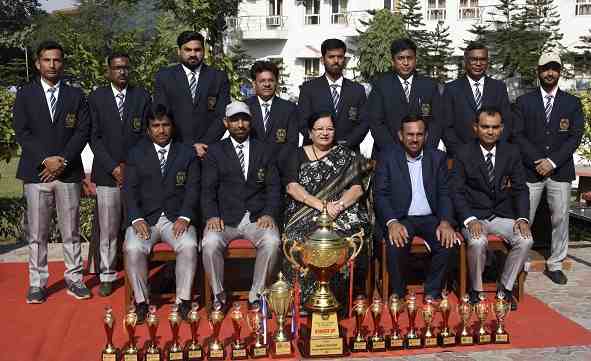 Speaking on the occasion, Prof. Najma Akhtar, Vice Chancellor, JMI congratulated the team and underlined that their participation in the game with the spirit of sportsmanship was highly commendable. This feat was achieved by the team against constraints and challenges faced by them in the run-up to the tournament, she said.