Prof. Didier Queloz, awarded 2019 Nobel Prize in Physics, will deliver the inaugural address of this lecture series on 20th October 2022, which will also be open to all members of the public 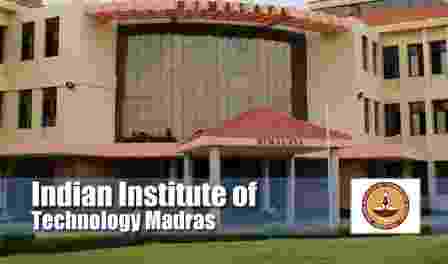 CHENNAI, 3rd October 2022: Indian Institute of Technology Madras (IIT Madras) is launching the Subra Suresh Distinguished Lecture series that will feature lectures by Nobel Laureates and globally-renowned speakers from various walks of life. They will also deliver a science talk which will be open to all members of the public.

Prof. Didier Queloz, awarded the 2019 Nobel Prize in Physics for ‘spectacular discovery that kick-started the rise of exoplanet research,’ will deliver the inaugural address of the Subra Suresh Distinguished Lecture series in Chennai on 20th October 2022, an event that would be open to everyone.

The topic of Prof. Didier Queloz’s address to the public is ‘Exoplanets and the Search for Life in the Universe.’ Those interested in attending the event can register through the following link - https://iitm.zohobackstage.in/SubraSureshDistinguishedLectureSeries

This new lecture series has been made possible by a generous gift from another illustrious alumnus of IIT Madras - Mr. Senapathy ‘Kris’ Gopalakrishnan, Chairman of Axilor Ventures, Bengaluru, and co-founder of Infosys.

Highlighting the importance of this initiative, Prof. Mahesh Panchagnula, Dean (Alumni and Corporate Relations), IIT Madras, said, “We are delighted to launch the Subra Suresh lecture series supported by the generosity of Shri Kris Gopalakrishnan. This series will bring the best speakers from all over the world to India, with the motivation to bring a broad perspective of science to researchers and laypeople.”

As part of this three-day annual event, these distinguished speakers will also deliver a separate technical address at IIT Madras and hold discussions with professors and students from various research institutions in Chennai. A one-day workshop will also be organized in honour of the visiting academic as a forum for faculty members and students to get together.

Elaborating on the benefits of this series not only to IIT Madras students but the wider research community in Chennai, Prof. Raghunathan Rengaswamy, Dean (Global Engagement), IIT Madras, said, “This fantastic initiative will allow us to bring world-renowned researchers and intellectuals in several fields to the IIT Madras campus. We hope to invite the larger Chennai community to participate in this lecture series.”

The Subra Suresh Distinguished Lecture Series will be a three-day annual event. Day one will include the technical lecture followed by a public lecture on Day two. The final day would focus on interactions between the distinguished speaker and IIT Madras faculty, students and laboratory visits.

Prof. Subra Suresh is a former Director of the U.S. National Science Foundation, a former Dean of Engineering and Vannevar Bush Professor at Massachusetts Institute of Technology (MIT) and a former President of Carnegie Mellon University.  He is the first IIT alumnus and India-born academic to be appointed to these leadership positions

BRIEF ABOUT SPEAKER: Prof. Didier Queloz holds Jacksonian Professorship of Natural Philosophy at the University of Cambridge, UK, and is a Fellow of Trinity College, Cambridge, UK as well as of the Royal Society, UK. He is also a Professor of Physics at ETH-Z, Switzerland.